What is Entrepreneurship : The Overview

An entrepreneur is an individual playing an important role in the nation’s economy....... 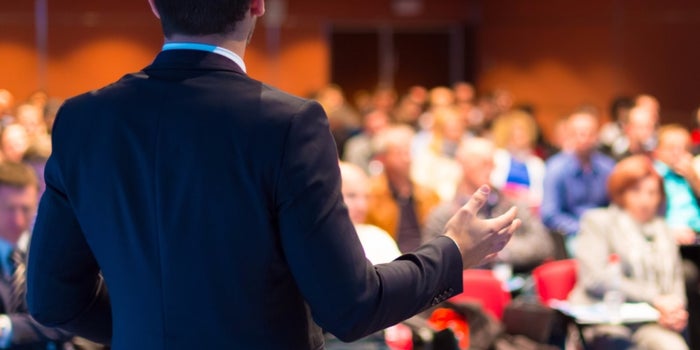 Entrepreneur, the act of creating a business or businesses and building and scaling it to generate a profit. However, as a basic entrepreneurship definition, it’s a bit limiting. The more modern entrepreneurship definition is also about transforming the world by solving big problems. Like initiating social change, creating an innovative product or presenting a new life-changing solution for mankind that will completely change the perspective of working. The definition won’t tell you is, what people do to take their career and dreams into their hands and lead it in the direction of their own choice.

An entrepreneur is an individual playing an important role in the nation’s economy, using skills and anticipating the needs of the people and bringing innovation to the market. The individuals proving to be successful in taking calculated risk of a start-up always get rewarded with continued growth opportunities, fame, long-lasting profits and mutual benefitting business relations. But those who suffer losses and failures, become a protective and lesser risk-taker.

The importance of entrepreneurship

Why are entrepreneurs so important?

Without entrepreneurs, jobs would never exist. The ambition of an entrepreneur of continuous business growth eventually leads to the creation of new jobs. Thus an entrepreneur helps a country and its economy to grow by creating “n” number of jobs and reduces the unemployment rates.

Dreaming big is what makes a person try things and eventually bring a change. Entrepreneurs do the same things. They will take the challenges of society and try to create the simplest solution with minimalistic resource usage. But not stopping on that solution but constantly upgrading it to make it simpler and more reliable.

What Do Entrepreneurs give to the nation?

Entrepreneurship generates wealth in an economy. New ideas and improved products or services from entrepreneurs allow for the growth of new markets and new wealth to be created in a country’s economy. Adding to the nation’s income. But being not limited to it, they bring employment, helping neutralize the unemployment rate and giving an upper hand helping in the development of a nation. Entrepreneurship can be considered as the building block of the nation as it has a major contribution towards the nation, providing employment, development and much more.

Why become an entrepreneur?

Several reasons for people choosing to become an entrepreneur will be:

When a person like me is asked this question, the obvious answer would be, “I don’t want a boss”.

As it is the tendency of an individual with a lot of ideas in mind, it is not possible to implement them by being an employee. So the most probable reason would always be “I don’t want a boss”.

It is the dream of every person to make this world a better place implementing better ways and a better lifestyle for everyone. To the social entrepreneurs, building an empire or being an entrepreneur is all about creating a better world for everyone.

Those who love reaching difficult goals and milestones are made to be entrepreneurs. There’s no limit to how much an entrepreneur can make and so they can always work to achieve higher levels of greatness. Since there’s no limit to what they can achieve, entrepreneurs constantly find themselves growing and achieving more than they ever imagined. When obstacles get presented in front of them, they find the workaround to their goal. Entrepreneurs are unstoppable.

Entrepreneurs love finding out the answer to the question, ‘what will happen if…’ They’re experimental. Entrepreneurs love learning. They regularly read books to advance their knowledge. So naturally, entrepreneurship appeals to them because doing allows them to learn the most in the shortest amount of time. Their curiosity allows their continued growth.

Some of the Examples of Entrepreneurs:

Walt Disney cofounded the Walt Disney Company one of the leading motion picture studios. He was also the visionary of theme parks like Disneyland and Walt Disney World. His brand started with the creation of the Mickey Mouse character and eventually expanded to include characters like Snow White, Cinderella and more. As an entrepreneur, he had to overcome adversity with challenges such as people stealing his work, commercial failures and more. However, he kept pushing through staying committed to his vision.

Mark Zuckerberg created several products before building Facebook. He created an instant messaging tool that his father used in his dentistry practice to communicate with his receptionist. Zuckerberg also created music software that Microsoft and AOL were interested in buying even though he was only a teenager. Within the year he first founded Facebook, he had already had 1 million users. Today, Mark Zuckerberg has a net worth of $68.3 billion.

Sara Blakely first started her Spanx brand in 1998. She was one of the first creators of women’s leggings. Her brand specializes in shapewear and also includes bras, panties, hosiery and more. She’s also the inventor of arm tights which allows women to wear their summer clothing year-round. At one point, Blakely was the youngest self-made female billionaire.

In the next blog, we will be taking on what is required to be an entrepreneur.

Warren Buffett Net Worth in 2019

Tips To Choose The Best Business

Young Entrepreneur and Youtuber From The City of Lord Panduranga.

Signs That You Have What it Takes To Be An Entrepreneur!

Mukesh Ambani Net Worth in 2020

Larry Ellison Net Worth in 2019

The Delhi website of Bharatiya Janata Party’s (BJP) has been hacked.

Mukesh Ambani Net Worth in 2020

Got cash to blow in 2019? Here are some Bentleys, Ferraris, Lamborghinis, and Rolls-Royces...

Hi! in this whole course you will learn how to use Android as an ethical hacking...

In 2013 the World’s Richest Woman is Liliane Bettencourt with an estimated net worth...

A Russian hacker who created and used Neverquest banking malware to steal money...